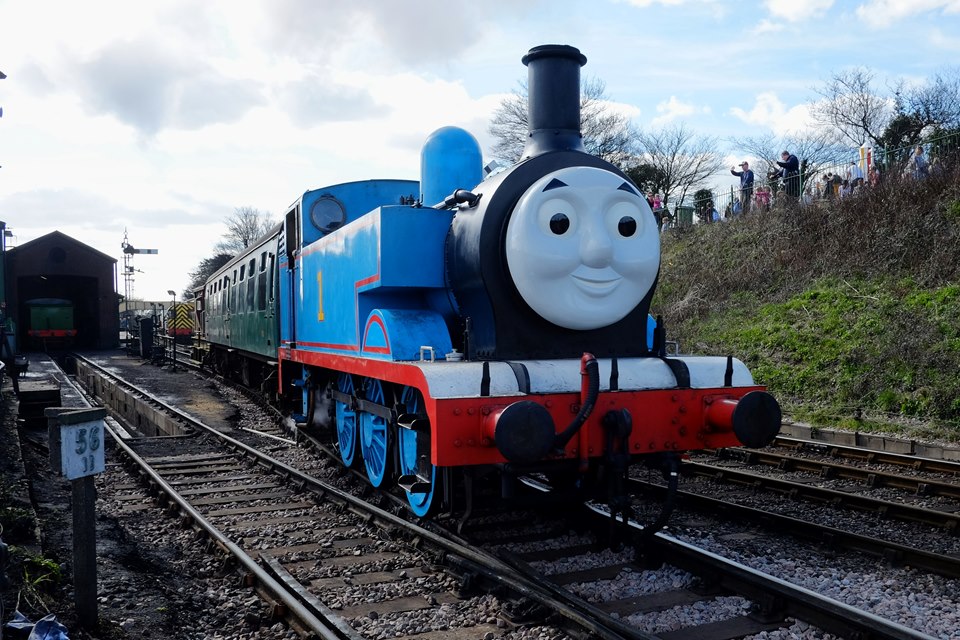 The final week of my March Challenge sees us on another great day out with the kids, this time to see Thomas The Tank Engine at the Watercress Line, also accompanied by Grandparents.

We started at Alresford Train Station where Iron ‘Arry was giving cabin rides until Henry arrived to take us along the line to Alton before returning to nearby Ropley where Thomas awaited.

The main attraction does not disappoint; Thomas looks every bit as grand as you could expect and steams up and down the sidings at Ropley Station with a coach load of children every few minutes. For anyone wondering, my daughter informed me the coach is Clarabel.

Ropley Station is also home to the famous King’s Cross Bridge that was an iconic part of the Harry Potter films.

A great day out in all with plenty to do. Be prepared for a long wait at the burger van though!

All images here were Classic Chrome, Pro-Neg Std or Pro-Neg High film simulations. The bright sunny day and high dynamic-range proved more problematic for getting it right in the camera, especially as the in-camera converter can only under-expose by one stop leading to blown out and cyan skies. The results were still acceptable though, and this month has taught me the in-camera converter is more than good enough for most of my work, it’s only worth further processing on those select special images.

April will be the first month with no challenge as per the rules, although I shall still be posting each week.

More snaps from the day: