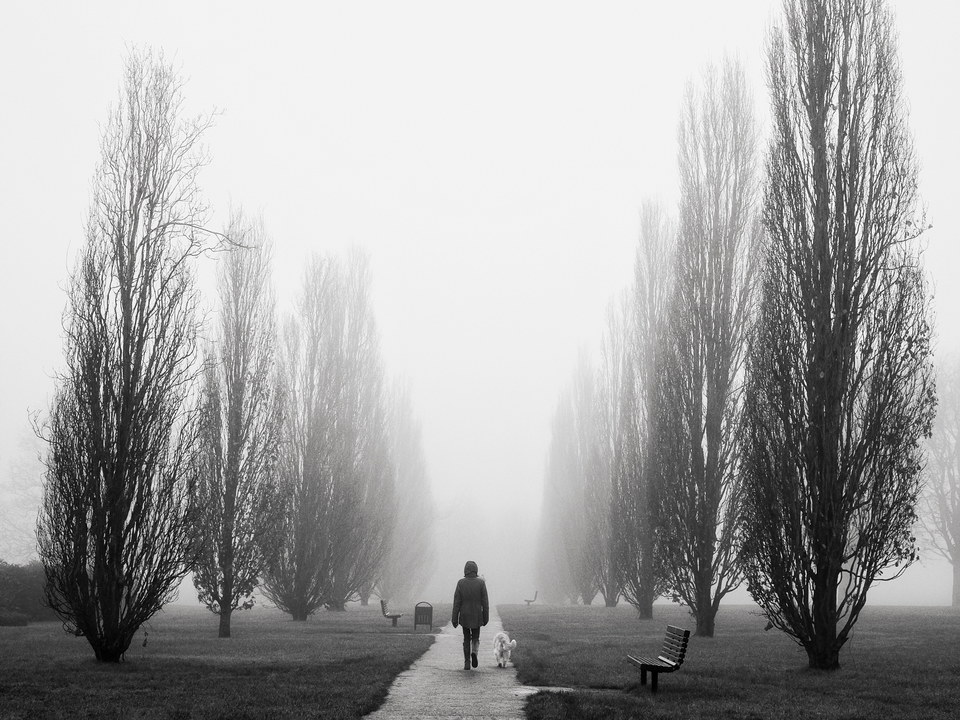 My challenge for January is Monochrome. One month of seeing the world in Black and White. It is something I only started to appreciate in the past year and I’ve grown to love the emotion, detail and impact it can imbue an image.

This is my first week producing regular content for this blog and to be honest I was worried it would be a non-starter; the grim weather combined with my ever busy daily life left me wondering how I would even find inspiration never-mind the time to actually go out and shoot.  Thankfully this morning I pushed myself into a little detour on the way into the office and had a little stroll around Horsham Park in the fog.

B&W and the fog compliment each other well, emphasizing a serene yet haunting winter’s morning to great effect.

After days of rain the park had become more of a bog making it difficult to fully explore but there was still plenty to see by sticking to the paths being navigated by dog-walkers and the occasional soul on their way to work.

The park is also home to a very picturesque manor house appropriately named Park House.  It’s crazy that in over four years of working in Horsham I have only walked through the park a couple of times however it will make an excellent subject to revisit through the year.