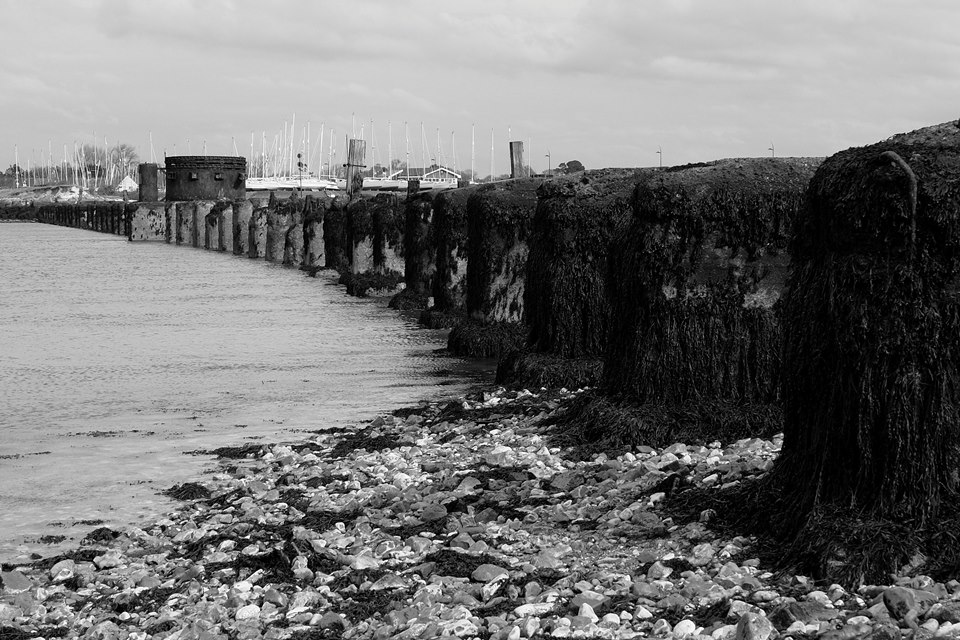 Last week I made a quick trip to the northern tip of Hayling Island to scout out the Hayling Billy Trail, a walk that follows in the footsteps of the long gone steam train that once carried passengers between the island and mainland.

The challenge for March is to use only the in-camera converter for processing my images. Cropping is allowed but nothing else. There are several reasons for this:

This challenge should hopefully be quite easy; Fujifilm cameras are renowned for the quality of the jpeg engine and many times I’ve found I just can’t match the output from the camera, especially with film simulations like Classic Chrome.

These were all taken on a very gloomy day using B&W+Y. I’ll be returning later in the year to make a proper series but here are a few shots of the remains of the bridge crossing Langstone Harbour. Enjoy!